This is the first positive and hopeful article I’ve red for weeks or months. The question is not a rhetorical one. Since Trump is unpredictable and rule breaking in many ways, he may actually be an tremendous asset in the ongoing conflict between the free world an END_OF_DOCUMENT_TOKEN_TO_BE_REPLACED

“Let’s turn the page”, as our King once choose to say after a year marked by scandals. Speaking of royals – I thereby renounce my devotion to the republican principles and embrace monarchy. Even if not entirely democratic it’s a well mannered way of having your – well – well mannered head of state appointed for a lifetime. No grabbing them by the ****. At least not bragging about it in public. Even the bonnie prince Charles, when expressing his hot desire to be Camillas tampong, said directly to her. OK, over the taped mobile phone, but still no third party was involved.

I came to the monarchist conclusion after witnessing, with growing horror, populists stepping into a mainstream arena in UK, around brexit, the painful election process in US, not to mention Warsaw with the excesses of a governing party called, of all names, Law and Order!

I took it all very personally. The final personal blow was delt to me, without doubt, on the election night, November 9th. My last hope, solid rock, my Alamo, was in suddenly in ruins. What made it even worse was that the President Elect looked to me like a taylor made personification of a person i deeply dislike: dishonest bully, throwing around insults while groaning with content to the camera. A true reality show star.

It’s been a while ago now and most of the tensions are gone. Donald Trump will soon be sworn as President of the United States and and such deserves respect. Let us see what he and the future will bring. But first:

I feel I must apologize to everyone for my behavior for the last six months. I have, as you know, been
slightly down in the mouth.
(Quote from…? Anyone? Anyone?)

So, let us leave this “annus horibilis”. Lets us turn the page and look forward in search of a brighter future… 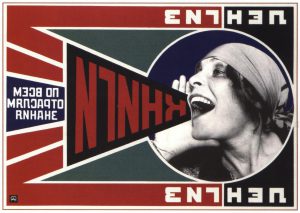